In today’s modern day and age, mobile applications are slowly gaining ground. A lot of that is attributed to the fact that most people place premium on their mobile devices, such as tablets and mobile phones. As it stands right now, mobile apps are somehow similar to web applications only that they are designed to be used via smaller scale. 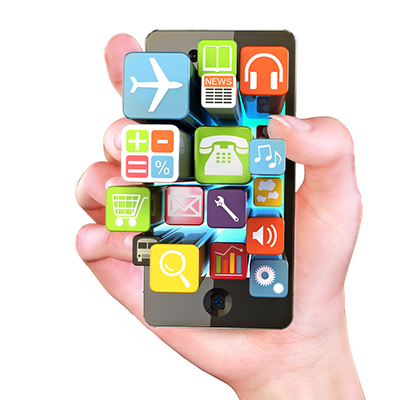 Why do you need mobile apps?

Whether you are an individual or a business owner, you should seriously consider creating a mobile app. This is in response to the modern age, where mobile apps help build awareness and convenience to people who rely heavily on their mobile phones or tablets.

Optimal IT makes mobile apps for all platforms

Mobile apps would normally be programmed for exclusive platforms. However with the mobile app software circle now no longer a monopoly, the need to seriously consider apps that would work on other operating systems has become a very crucial option.

We offer mobile apps for the following operating systems:

With the influx of new phones running on these operating systems, mobile apps made for more than one (if not all) operating system may be needed in order to serve its customers better.

Optimal IT programs apps within bounds

Mobile app development would depend on how you prefer them. Here are some things you need to know:

Call or email Optimal IT and let’s discuss how you would like to have your next mobile app.

Our expert developers can suggest options that will make your mobile app more effective for your business.